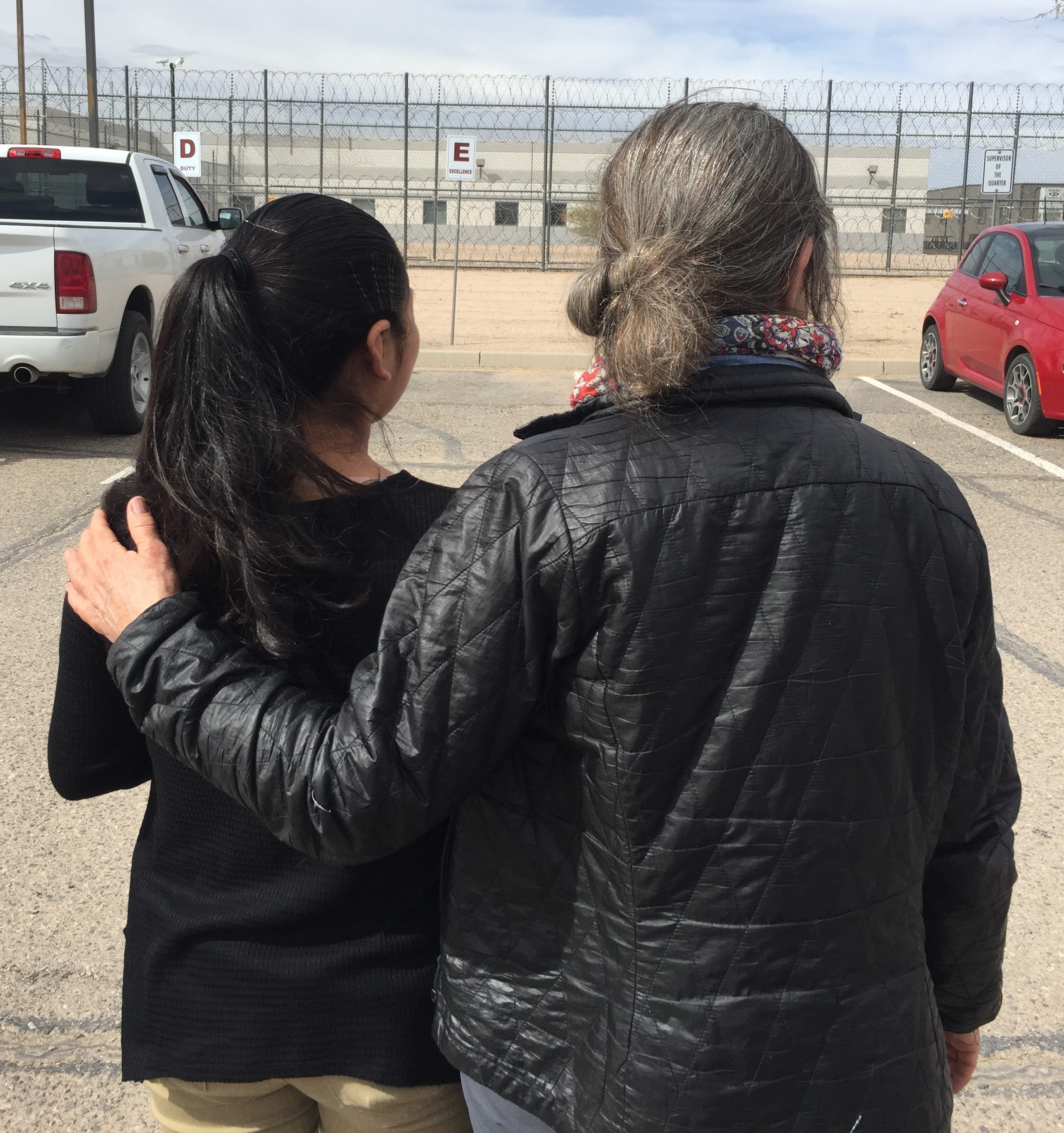 Elbia* arrived at the U.S.-Mexico border in 2015 when she was only 23 years old. She came to the United States seeking refuge after enduring years of brutal abuse at the hands of her husband in Guatemala. Elbia had been beaten so badly by him that she had developed chronic numbness on one side of her body. Her hometown had no law enforcement to help her and there was no place in Guatemala she could find safety. So Elbia escaped, forced to leave her son behind, and made the difficult journey through the Mexican desert to the U.S. border.

When Elbia was interviewed by border patrol, she didn’t disclose the full scope of the abuse she had suffered in Guatemala. She was suffering from post-traumatic stress disorder and did not feel safe sharing her story with the border agent. Though Elbia had never committed a crime of any sort, the U.S. government inexplicably deemed her a flight risk. She was sent to a detention center in Eloy, Arizona and saddled with an exorbitant bond of $20,000.

Conditions in the Eloy detention center are notoriously poor, and the court there is particularly hostile to asylum seekers. Over 94 percent of asylum claims that come before the Eloy immigration court are denied. Elbia spent over a year locked up at Eloy, unable to leave and separated from her young son.

Elbia had one advantage, though: a legal team fighting for her. Asylum seekers with attorneys are five times more likely to win their cases than those without them. But people in deportation proceedings are not guaranteed the right to a lawyer, and it is exceptionally difficult to find legal representation from behind bars. As a result, 86 percent of thousands of immigrants and asylum seekers imprisoned in detention centers are forced to navigate complex legal proceedings alone.

Elbia spent countless hours working with her legal team to prepare her case. Her lawyers also managed to secure extensive testimony from expert witnesses who were able to attest to the prevalence of domestic violence in Guatemala and the dearth of resources available to indigenous women like Elbia. After months of preparation and agonizing uncertainty, Elbia was finally granted asylum on the basis of domestic violence in the spring of 2017.

As an asylee, Elbia was able to petition for her son to join her in the United States. They have been reunited and are now living in safety with Elbia’s brother in Virginia. She and her son are finally building their new life together, free from fear and violence. Elbia has begun attending culinary school and aspires to be a chef someday.