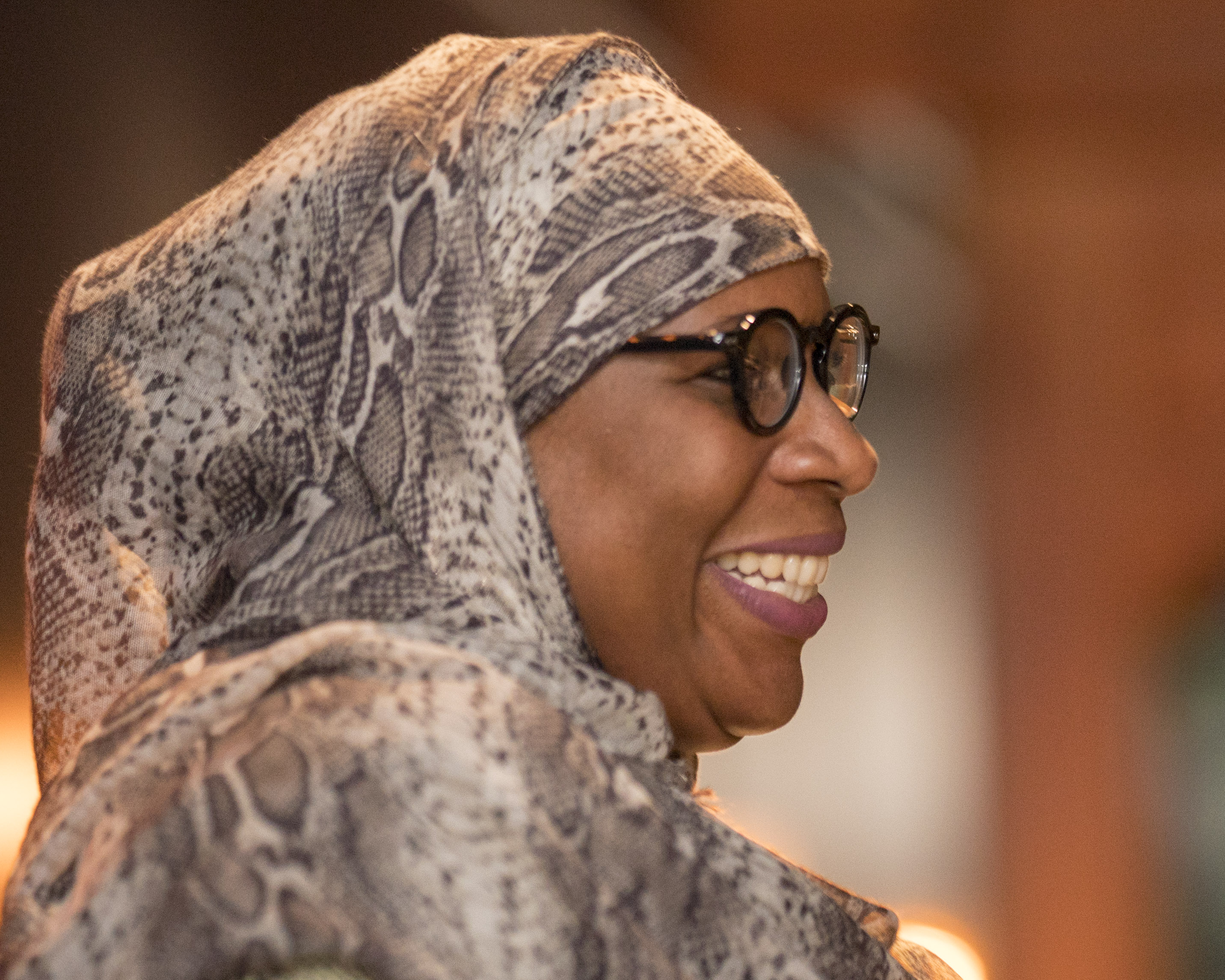 Click here to submit a comment opposing the Trump administration’s devastating new asylum rule, which would shut the door on thousands of refugee women and girls like Fauziya.

I was the youngest daughter in my family. Growing up in Togo, West Africa, our parents always encouraged my sisters and me to make our own decisions. We all attended school to learn English and help with my father’s business, which was not common in our area.

When I was 16, everything changed. My father died and my aunt moved into our house, sending my mother away. My aunt forced me to stop attending school. Soon, a man started visiting our home. My aunt told me that he was 45 years old and that he wanted to marry me. When I protested, she told me not to worry, that my love for him would grow after I underwent kakiya, genital cutting.

I had already lost my parents and my education. Now, I might completely lose my freedom. I didn’t know what to do, but I knew that I could not marry this man and undergo kakiya. When I was eventually forced to go through the marriage ceremony, I refused to sign the marriage certificate. I was only a teenager, but I knew what this would mean for my life.

My older sister was determined to help. She comforted me, telling me not to cry and that she would ensure that I would not experience kakiya. With the help of my mother and sister, I escaped to Ghana in the middle of the night. After a long journey, I eventually ended up at Newark Airport in December 1994. I was 17, and alone. As soon as I got off the plane I told officials that I was seeking asylum. They immediately put me in prison. I couldn’t understand why. I hadn’t done anything wrong.

As soon as I got off the plane I told officials that I was seeking asylum. They immediately put me in prison. I couldn’t understand why. I hadn’t done anything wrong.

I spent the next year and a half in immigration detention. It was terrifying. I was sexually harassed, strip-searched in front of male guards, and left untreated for a serious medical condition that I developed as a result of the unsafe conditions I was being held in. I almost gave up and returned home. However, one of the women I met in jail, Cecelia, convinced me to stay. Cecelia had experienced genital cutting herself and she wanted to protect me from the same fate. She became like a mother to me.

Eventually, I met a team of lawyers led by Karen Musalo, who is now the director of the Center for Gender and Refugee Studies. Karen was determined to free me from detention. She decided that media attention would be essential to pressuring the Clinton Administration to release me.

At first, I was hesitant. I had already given many interviews and I was still locked up. Even a petition signed by 25 members of Congress hadn’t been able to free me. But I decided to speak to a reporter for The New York Times.

To my surprise, my interview ended up on the front page, and within just two weeks, I was free. When I left the detention center I was greeted by hordes of reporters eager to know more about me and my story.

Less than two months later, the Board of Immigration Appeals granted me asylum. It was the very first precedent decision establishing that women fleeing gender-based violence – like kakiya – could be eligible for refugee protection in the United States. It was really groundbreaking. I understand that the decision in my case opened the door to many other women and girls like me.

Now, 23 years later, I share my story so that others will not have to experience the fear and isolation that I did. My experience shows how cruel the detention of asylum seekers, is and how important it is for us to have good legal representation. It also shows how much of a difference it makes when the media and the public pay attention to how we’re being treated.

For those of us who have no choice but to flee our home countries, asylum can mean the difference between life and death.

After I won my case I was able to complete high school, graduate college, and become a U.S. citizen. I now split my time between New York and Ghana, where I run a thriving beverage distribution business. I’m also the proud mother of triplet sons, who are newly minted college freshmen. All of this was made possible because I was granted asylum and given the opportunity to start a new life, free from violence.

But now, over two decades later, protections for women and girls fleeing gender-based persecution, especially domestic violence, are under attack. I often wonder what would have happened to my case had I arrived here 20 years later. Today, would I have been allowed to live in safety, or would I have been sent back?

It is so important that the pathway to protection that my case established remains open to women and girls arriving in the United States, hoping to escape gender-based violence. For those of us who have no choice but to flee our home countries, asylum can mean the difference between life and death. For all of us who are lucky enough to live in safety, we must continue to fight for all women who still yearn to be free.