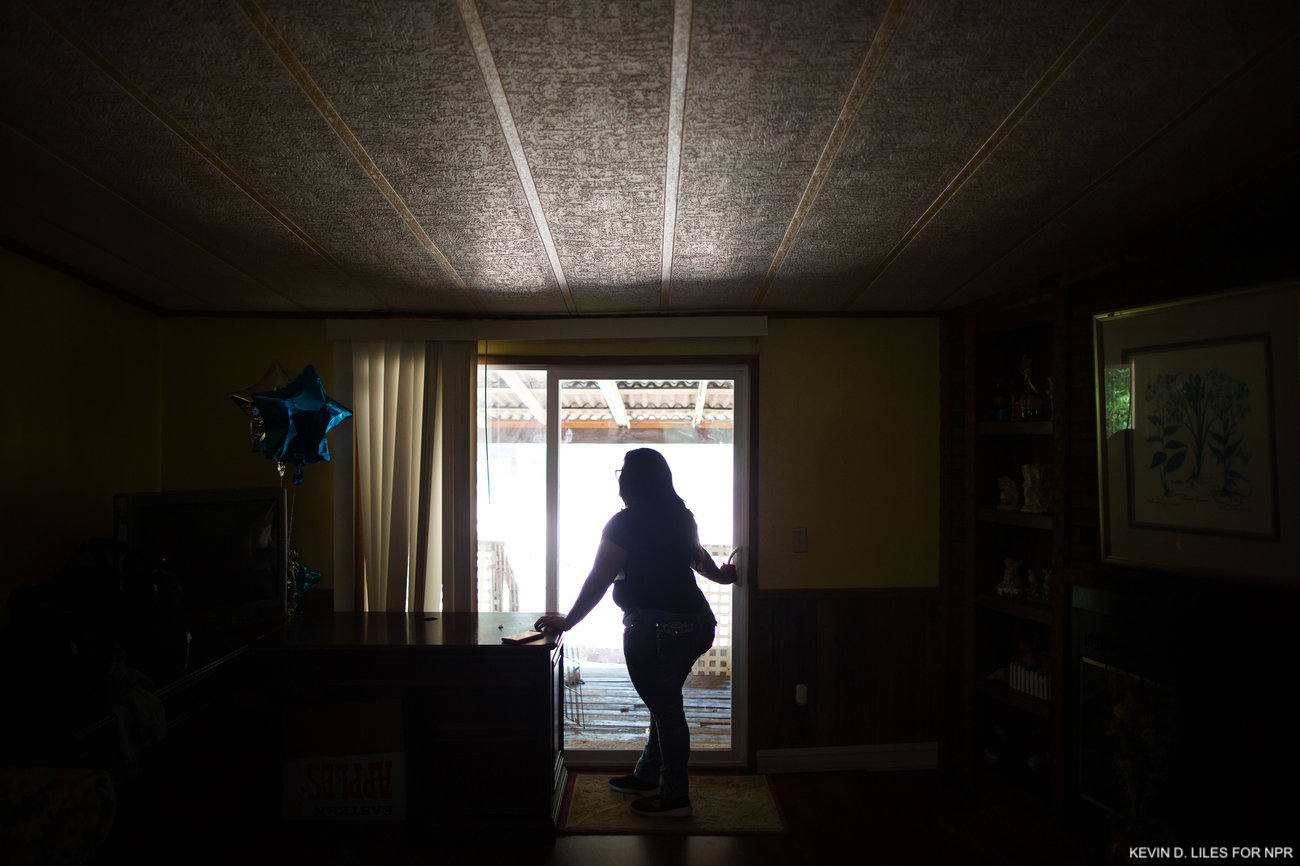 Ms. A.B. was born in El Salvador in the 1970s. She lost her parents at a young age and was subsequently separated from her siblings and placed in the care of a family friend who physically and verbally abused her. When she was in her early 20s, Ms. A.B. met the man who would become her husband. After they married, his abuse began.

Over the 15 years that followed, Ms. A.B.’s husband subjected her to horrific physical, sexual, and emotional violence. He beat and raped Ms. A.B. so many times that she lost count. He also frequently threatened to kill her, often brandishing a loaded gun or a knife. Ms. A.B.’s husband was violent even during her pregnancies, on one occasion threatening to hang her with a rope from the roof of their house.

When they first met, Ms. A.B. was pursuing her education, but her husband forced her to cut her studies short. He constantly belittled and demeaned her verbally. Ms. A.B.’s husband also often falsely accused her of infidelity, going so far as ordering her to undress and show him her genitals so he could see if she had been with another man.

Ms. A.B.’s relationship with her husband was characterized by constant brutality and she often feared for her life. She repeatedly sought protection from the Salvadoran authorities, to no avail. While she was able to obtain two restraining orders against her husband, they went completely unenforced, and he continued to abuse and threaten her. After one particularly terrifying incident in which her husband attacked her with a large knife, Ms. A.B. went to the police and they refused to help, saying instead “if you have any dignity, you will get out of here.”

Ms. A.B. went to the police and they refused to help, saying instead “if you have any dignity, you will get out of here.”

Heeding their advice, she left her husband, moving to a town that was two hours away from where they lived together. But he managed to find her there and the abuse continued. Ms. A.B. then sought a divorce, which resulted in escalating threats on her life. A month after the divorce was finalized, her ex-husband, accompanied by his police officer brother, accosted her and told her that the divorce meant nothing and that her life was in danger. Following this incident, Ms. A.B.’s ex-husband and men with whom he associated continued to threaten her, describing in graphic detail how they intended to kill her.

One week before she left the country, her ex-husband tracked her down again and physically assaulted her. With nowhere to turn, Ms. A.B. fled El Salvador to seek protection in the United States.

Upon her arrival in the United States, Ms. A.B. was screened in and permitted to apply for asylum after an Asylum Officer found that she had a credible fear of persecution in El Salvador based on the violence she had suffered at the hands of her ex-husband. Ms. A.B.’s case was sent to the Charlotte Immigration Court, one of the courts most notoriously hostile to asylum seekers, to be heard by V. Stuart Couch, an immigration judge with a long history of denying asylum to domestic violence survivors – and having his decisions overturned on appeal. Unsurprisingly, Judge Couch denied Ms. A.B.’s asylum application.

Ms. A.B. appealed Judge Couch’s decision, and her case was then heard by the Board of Immigration Appeals, the appellate court with nationwide jurisdiction over immigration cases. The Board reversed Judge Couch’s denial, finding Ms. A.B. eligible for protection based on her experiences of domestic violence and sending her case back to the court in Charlotte for Ms. A.B. to be granted asylum.

In a departure from usual practice, Judge Couch refused to issue a new decision in the case. He instead attempted to send the case back to Board. Seven months later, Attorney General Jeff Sessions took advantage of a rarely used power to refer the case to himself for a decision.

On June 11, 2018, Sessions issued a deeply disappointing decision in Ms. A.B.’s case, reversing the Board’s decision. In ruling against Ms. A.B., Sessions overturned an important precedent decision known as Matter of A-R-C-G-, which in 2014 affirmed the right of domestic violence survivors to seek asylum protection. In his decision Sessions made the troubling statement that asylum claims “pertaining to domestic violence” should “generally” no longer be approved.

“They don’t understand that we are fleeing for our lives.”

The Attorney General’s decision completely disregarded the extensive evidence – over 700 pages’ worth – that Ms. A.B. submitted to corroborate her asylum claim. Instead, Sessions insisted on calling into question Ms. A.B.’s honesty. Consistent with his previous attacks on asylum seekers, Sessions mischaracterized her as an economic migrant gaming the asylum system. His treatment of A.B. suggests that he never had any intention to consider her application for asylum fairly.

Sessions’ decision is not the last word in Ms. A.B.’s case. Her legal team is continuing to fight for her and is determined to win her the protection she deserves. But Ms. A.B. thought her odyssey for protection had ended when the Board ruled in her favor. Instead, the legal battle continues and she remains in limbo, uncertain what her future holds. Ms. A.B. also remains separated from her three children in El Salvador, because while her case is pending she cannot petition for them to join her in the United States.

Ms. A.B. is hurt and confused by the Attorney General’s ruling in her case and by his refusal to believe her story. After learning about his decision she said, “I think immigration judges have something against immigrants. They generalize about immigrants and think that they are coming to work. They don’t understand that we are fleeing for our lives.”